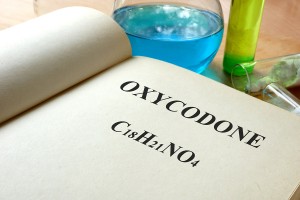 WHAT IS OXYCODONE, AND WHAT HAPPENS IF I’M CAUGHT WITH IT?

Oxycodone, also commonly referred to by the brand name OxyContin, is a synthesized opiate that is commonly prescribed to treat extreme pain. It is also frequently given to patients in tablet form under the names Percocet and Percodan. While the drug was initially developed to be a less addictive form of traditional morphine, time has proven that oxycodone is just as addictive as its opiate derivative and abuse of this drug has become quite common. As reported by the Center for Disease Control, in 2010 more than 16,600 people died of overdoses related to oxycodone and other synthetic opiates.

Due to its dangers, possession of this drug without a valid prescription is strictly prohibited in several states. Oxycodone has been classified as a federally controlled Schedule II drug, imposing strict manufacturing and distribution guidelines for pharmaceutical companies.

PENALTIES FOR POSSESSION OF OXYCODONE IN NEW YORK

In New York, a conviction for possession of oxycodone can lead to a laundry list of different penalties. Depending on the amount that is found on your person at the time of arrest, you may be subject to exorbitant fines and even a prison term.

At minimum, oxycodone possession charges can bring the following consequences:

Possession of small amounts can result in a prison sentence of up to 1 year, while larger amounts can lengthen the prison time. If you are also charged with intent to distribute, the penalties will be much more serious. Along with a felony charge, you could face up to 20 years in prison and $5 million in fines. Finally, if someone dies due to your selling of oxycodone, life in prison may be imposed.

Drug Court may be an option.  Getting help if you have an addiction is a priority for both your criminal record and your life.

If you have been arrested for possession of oxycodone, it is imperative that you contact an experienced New York criminal defense attorney.  Call William Balduf, Esq..  He is equipped to handle various drug crimes and can seek to have your charges dropped.