To post bail there are two types of bail- cash bail and bail bond. 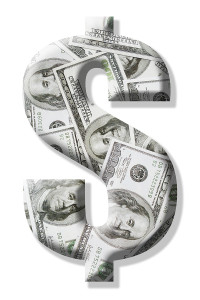 Bail can also be paid at the Justice Center in Syracuse, NY, Local Justice Courts and other various City Courts and jails. Jails will accept certain kinds of certified or government checks as well as cash, but there are restriction on the amount and type.

If you are posting a bond, you will need to find a bail bondsman. They can be located through the yellow pages or online, and often have offices near the courthouse. Bail bondsmen must licensed by New York State; make sure you deal with one who has a valid license.

How Do I Get My Bail Money Back?

If the defendant has made court appearances as required, cash bail should be returned at the end of the case. When the case is over, the judge should issue an order for the return of bail (“exonerating” the bail). The Local Court, City Court or Justice Center, Sheriff’s Department will issue a check to the person who deposited the bail. If the case has ended in a conviction, 3 percent of the bail will be kept by the government. If your bail has not been returned after 6 weeks you may wish to contact an attorney to assist you in its return. You should have your bail receipt available when you call, so that you can provided the information they will need to find the case.

What If My Bail was Forfeited?

If a defendant does not come to court when required to do so, the judge may order that bail be “forfeited,” or kept by the City. There is a procedure, called “remission of forfeiture,” which allows a person who posted bail to apply for it to be returned if it has been forfeited. Some people hire a lawyer to do this, but you can do it on your own if you cannot afford a lawyer. Keep in mind that there is a strict deadline for a “remission of forfeiture” application: you must apply within one year of the date that the court ordered the bail forfeited. If the bail was forfeited in Supreme Court (a felony case), the application must be made to the court that issued the forfeiture order. If it happened in Criminal Court (a misdemeanor case), the application is made to a Supreme Court judge in that county.

An application for “remission of bail” must be made in writing. If you are proceeding without a lawyer, you should ask the court clerk for instructions about how to proceed.

What if I can’t post the cash bail or bond?

First, you or your family member has to find out when you are scheduled to go in front of the Judge.  Hiring any attorney to help you convince the Judge not to set a high bail or release you on your own recognizance is suggested.

If they won’t set bail, this means you may have two prior felonies.  You will need an attorney to obtain a bail hearing in front of the Judge able to set bail under those circumstances.